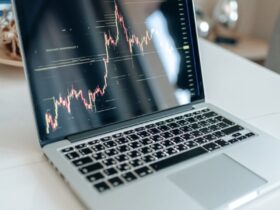 The term ‘cryptocurrency’ has become increasingly familiar since the first Bitcoin appeared in 2009.

With PayPal announcing that it will support cryptocurrency payments, ‘crypto’ is becoming progressively more accessible to the public.

Children who have grown up in a digital world may already be familiar with the idea of non-physical currency from playing online games. Youth are increasingly turning to cryptocurrency as a way to earn money, and a summer camp in the US teaches youth about crypto-trading.

So What exactly is a cryptocurrency? What are the advantages and disadvantages? Which risks should parents be aware of if their child is interested in mining cryptos or investing in cryptos?

Cryptocurrencies: What are they?

A Cryptocurrency – or a ‘crypto’ – is a piece of digital information that is used for exchange purposes. A cryptocurrency, such as Bitcoin or Ethereum, is a real currency, similar to British pounds or US dollars.

The number of tokens in most cryptocurrencies is finite (a token is a unit of cryptocurrency). The more people invest in them, the fewer there are, which drives up the value of a cryptocurrency.

Cryptocurrencies are governed by decentralised control. Because of this, they aren’t regulated by a bank or government, as traditional currencies are.

The decentralised control in the context of cryptocurrency is called the ‘blockchain’, a series of ‘blocks’ of data that act as a record of all the transactions that have been made. There are interconnections between each of these blocks, which provides security. In the case of trying to hack into one block, it would affect all the others.

Presently, there are many different types of cryptocurrencies, and the differences between them are relatively small. As an example, Ethereum processes transactions much faster than Bitcoin, while Cardano is more environmentally friendly.

Many ‘joke’ cryptocurrencies have also existed – dogecoin being the most famous – whose value has yet to surpass $1 because of its effectively limitless supply.

Is there a reason for the popularity of crypto?

There are people who believe cryptocurrencies could replace regular currencies within 5 years.

Those involved in crypto argue that their technology will ‘democratize’ currency by eliminating its reliance on banks. If you have access to a computer (and a small amount of hardware), you can mine for cryptocurrency, and an individual Bitcoin is currently valued at £34,000, so you can become rich very quickly.

Cryptocurrency transactions are usually completed within minutes, as opposed to bank transfers that might take days. Transaction details and the identity of the individuals involved remain anonymous.

How does mining work for cryptocurrency?

The main way to acquire cryptocurrency tokens is by mining.

Essentially, your computer performs a series of intensive mathematical problems to verify a block in the blockchain, much like a debit card machine would process a transaction.

There is a chance that your computer will solve these problems, and you could earn a token of a given cryptocurrency, but this probability is decreasing as more people take part in crypto mining.

Everything sounds complicated, and that’s because it is. Mining cryptocurrency requires special hardware called an ‘aSIC’, an ‘application-specific integrated circuit’.

If you spend more money on this hardware, you will have a more efficient mining process and will earn more tokens.

For those who do not want to mine cryptocurrencies, the most popular website to buy and sell cryptocurrency is Bitamp. Paypal announced recently that UK users will now be able to trade cryptocurrencies – although they can only be used within the PayPal platform.

Is there an age limit for trading or mining cryptocurrency?

Cryptocurrency trading and mining technically have no age restrictions, though established sites such as Coinbase and Paypal require users to be at least 18 years old.

Cryptocurrency mining is, however, available to anyone of any age.

There are also ways to buy tokens without having to be over 18. According to the site Purse.io, you need to be 13 or older to use it. The Purse platform allows you to convert the cost of an Amazon gift card into cryptocurrency tokens. 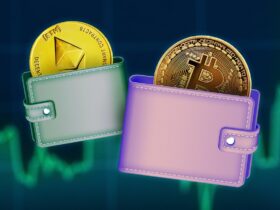 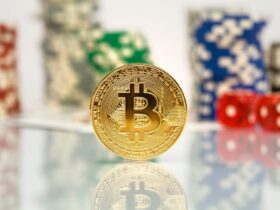 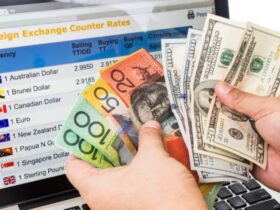 How is a Currency Broker and What Treat Do 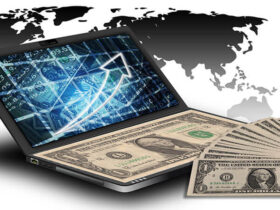